If anyone's looking for a late present for someone who loves beautiful books, I can thoroughly recommend The Sleeper and the Spindle, written by Neil Gaiman, illustrated by Chris Riddell, and published by Bloomsbury. It's a re-imagining of The Sleeping Beauty, though bits of other fairy tales creep in as well - but as you might expect with Neil Gaiman, there are more twists and turns than you'll find in the intertwining stems of a climbing rose. 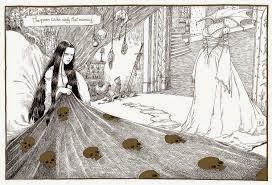 The story, which of course I'm not going to tell you, is mesmeric and beautifully told. But as well as this, the book is a very gorgeous object. Through the translucent cover, decorated with gold and black roses, you glimpse a sleeping girl, drawn onto the hardback itself. The illustrations, black and white with touches of gold, are absolutely luscious: detailed, dramatic and stylish. Even the page numbers are decorated with tiny drawings.

It's an absolute treat.

This is a newly published book. But my favourite Christmas read first appeared in 1973. The Dark Is Rising, by Susan Cooper, is the second book of a sequence of five: this is also the name of the sequence as a whole. The first one, Over Sea, Under Stone, was written as a standalone in 1965. It does not have the same power as the subsequent books, but without it, they would not have been written - which would have been dreadful! They all draw on Susan Cooper's deep attachment to certain parts of the Britain she had known before moving to America: Cornwall, the Chilterns, Windsor, Wales. She invests these places with mythic significance, and the children who are her heroes move between the landscape of legend and that of everyday life, fighting the forces of the Dark. The Dark Is Rising takes place at Christmas time; there are unforgettable scenes of high tension - one where an unnaturally heavy snowfall is the first backdrop for an attack from the Dark, heralded by swooping rooks, another where carol singers provide the accompaniment for a heart-wrenching betrayal. I probably re-read the sequence every other Christmas - and there aren't many books I re-read at all. If you haven't read it, and you're prepared to accept that children's books are not just for children, you have a treat in store; or you could buy it for a child of your acquaintance. (And then borrow it!)

I probably won't post now till after the Christmas jollities. So I'll leave you with some pictures from the hill - no snow, no frost, but a very beautiful winter afternoon light.

Thank you for visiting, and have a very lovely Christmas! 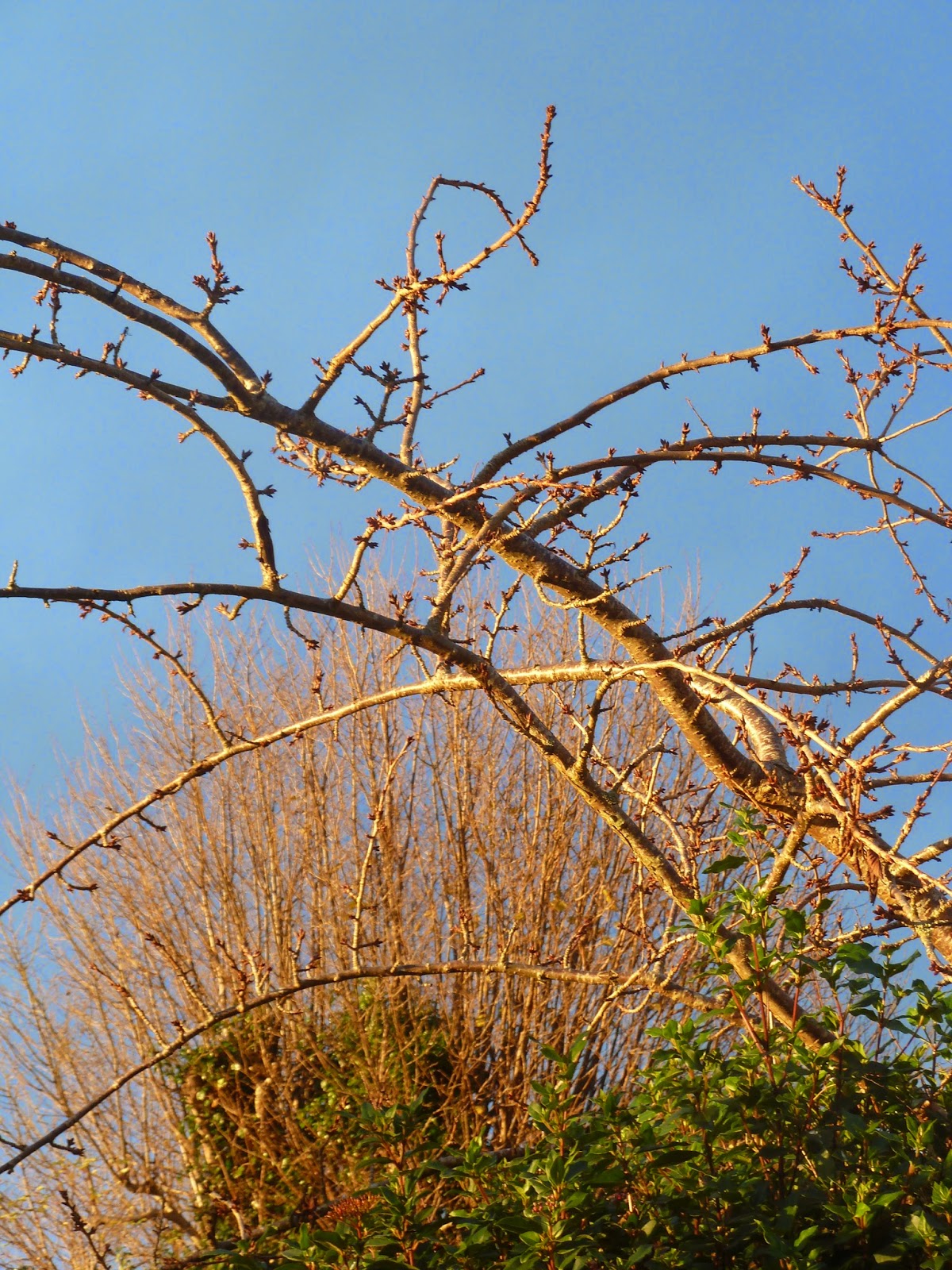 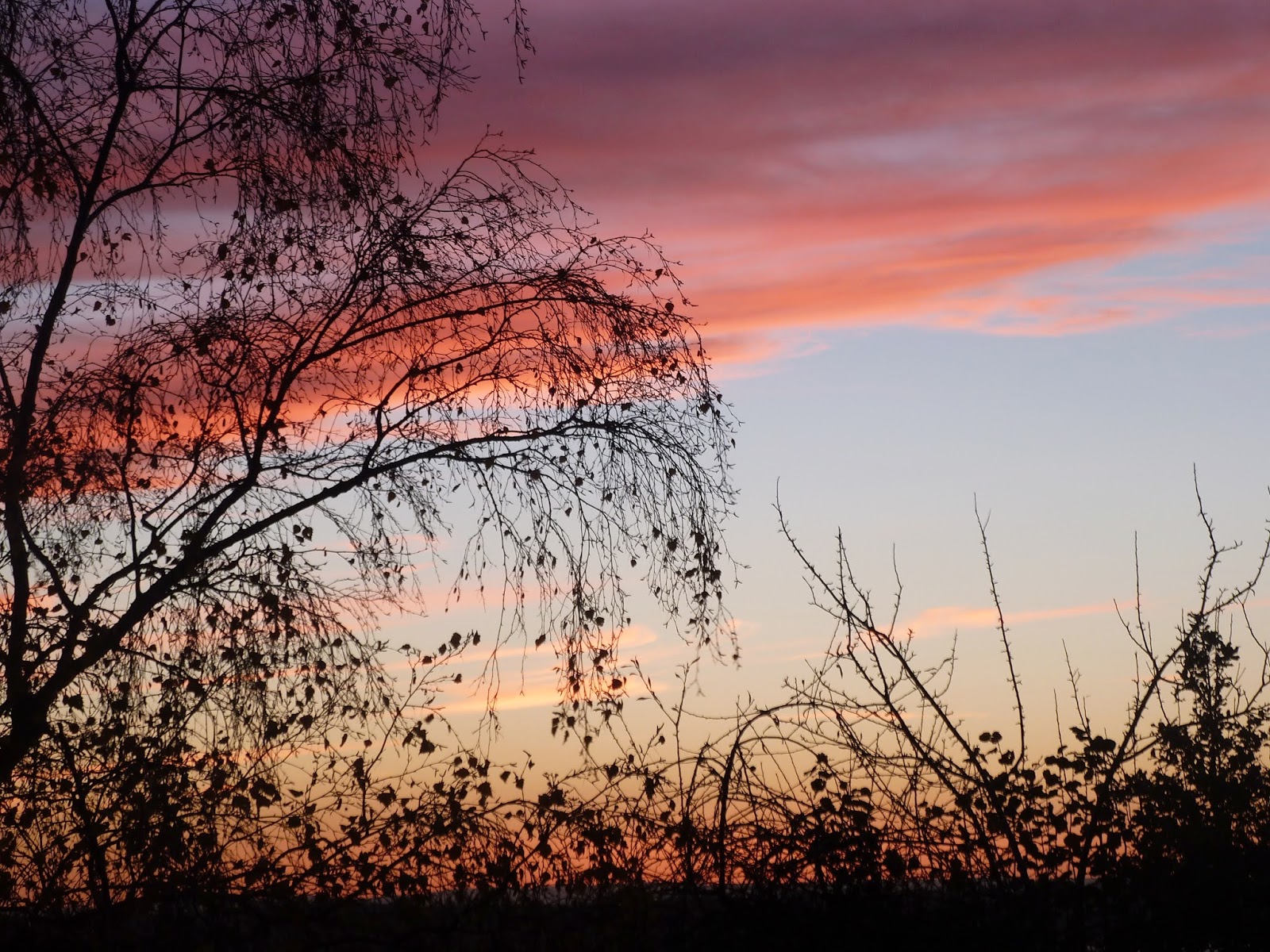 It's funny, isn't it - up here on the hill, you never see another writer from one month to the next. And then, all of a sudden, off you go to two writerly gatherings in a week. (What would be a good collective name for a bunch of writers? A gossiperation? A twitterance? Answers on a postcard, please, or better, in the comments section.)

So after Folly Farm, I had a few days to catch my breath (and do some work) and then it was off to London to meet up with the History Girls. Amazingly, there was a blue plaque outside the building beside the Thames where we first met three years ago - who knew we were that famous? 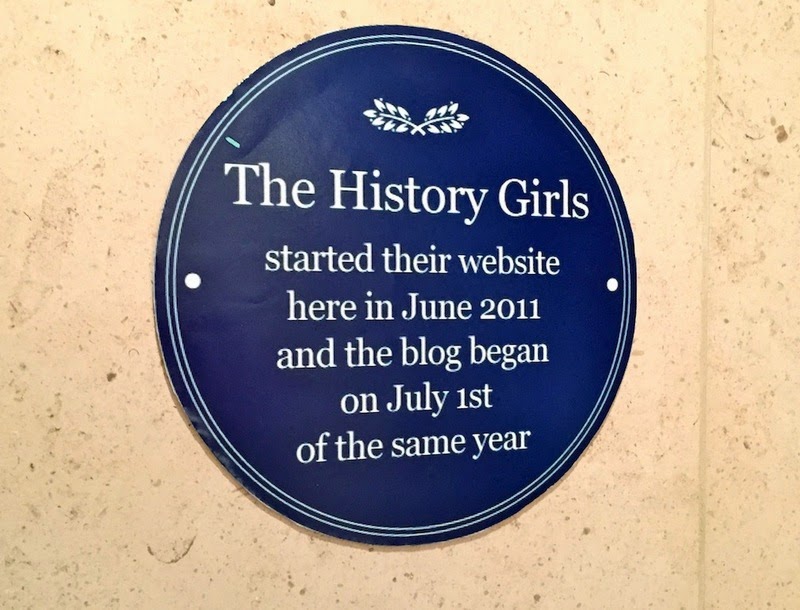 The History Girls is a group of writers of historical fiction and non-fiction. We each blog once a month - my date is on the 16th. Since we first met, there have been quite a lot of changes, so this weekend many of us were meeting for the first time. Here are some of us. I'm fourth from the right at the back.

We had an amazing tea: -

We admired the view: - 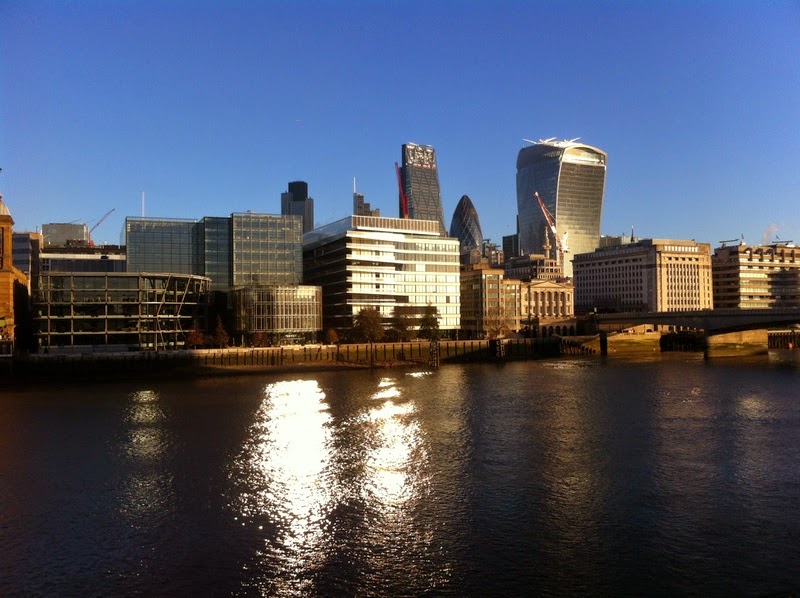 And, of course, we talked! It was particularly good to meet the writers of four books I've read and very much enjoyed over the last year or so. Lydia Syson has written A World Between Us, which is set in the Spanish Civil War, and more recently, That Burning Summer. This is a love story set in the Second World War, when the sky above the south of England hummed with the drone of war planes. Unusually, it explores the situation of conscientious objectors - who are often now discussed in relation to the First World War, but far less frequently in relation to the Second.

Liz Fremantle (just right of centre in the picture, with blonde hair and a stripy top) writes books set in the Tudor period. The one I read was Queen's Gambit, which is about Katherine Parr, Henry V111's last wife. It's a subtle portrait of an intelligent, interesting woman, who becomes the unwilling object of the aging King's attentions. The writing is beautiful:

Clare Mulley's book, The Spy Who Loved, is a non-fiction book. (Clare is on the extreme right of the photo.) If you'd written it as fiction, a kindly editor would probably have sighed and pointed out that it was ridiculously far-fetched - a beautiful Polish girl becomes a spy for the British in the Second World War and does outrageously brave things: like, if memory serves, walking into a German prison to rescue a French resistance worker - and succeeding - and breaking lots of hearts along the way. Really? Well, yes - really. The girl was called Krystyna Skarbek/Christine Granville, and the book is gripping: I think it's always fascinating to read about extraordinary courage - especially if, like me, you're a complete wuss.

The fourth book, by Imogen Robertson, is called The Paris Winter. It's set in Paris in 1909, in a world of artists and emigres. To begin with, it seems like a coming-of-age novel, interesting particularly because of its setting. But it turns into something much darker: a sort of Gothic thriller, with dastardly villains and peaks of heart-stopping tension. (Well, no hearts were actually stopped in the reading of this book so far as I know - but you get the picture.) This is one to curl up and lose yourself in, with the fire flickering and a glass of something warm by your side. I thoroughly enjoyed it.

Finally, a mention of Daughters of Time (you can get to it from the revolving display up above on the right). This is an anthology of stories about significant women through the ages, written by History Girls, edited by Mary Hoffman and published by Templar. I have a story in it about Aethelflaed, who was the daughter of Alfred the Great, and who became a leader in her own right - the Lady of the Mercians. My story is about the transition between the two roles. Katherine Langrish writes about Julian of Norwich - no easy task, to make the life of someone who spent most of her time sealed up in a cell into a story, but successfully done here. Celia Rees explores the last days of Emily Davison, the suffragette who threw herself under the King's horse. Penny Dolan writes about Mary Wollstonecraft, Joan Lennon about fossil hunter Mary Anning - oh, I could go on. What a good present this would make...!

So there it is. Normal reviewing service will be resumed soon - except there's something called Christmas looming up, isn't there? Hm...
Posted by Sue Purkiss at 10:40:00 5 comments:

Apologies for not having posted a review so far this week. It's mainly because I was here for a few days, at Folly Farm, for a gathering of children's authors, all members of the Scattered Authors' Society. Folly Farm is a beautiful place. It was converted by the Avon Wildlife Trust into a conference centre a few years ago, and there are ponds and woods and fields and streams. 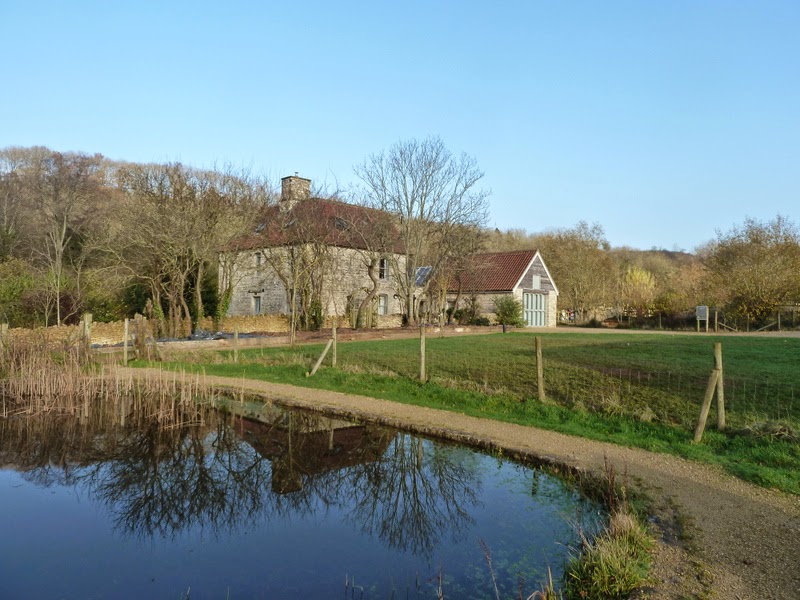 There is also this extraordinary ancient tree. It's called the Folly Oak, but I couldn't find anything else out about it, so I don't know exactly how old it is. Isn't it magical? 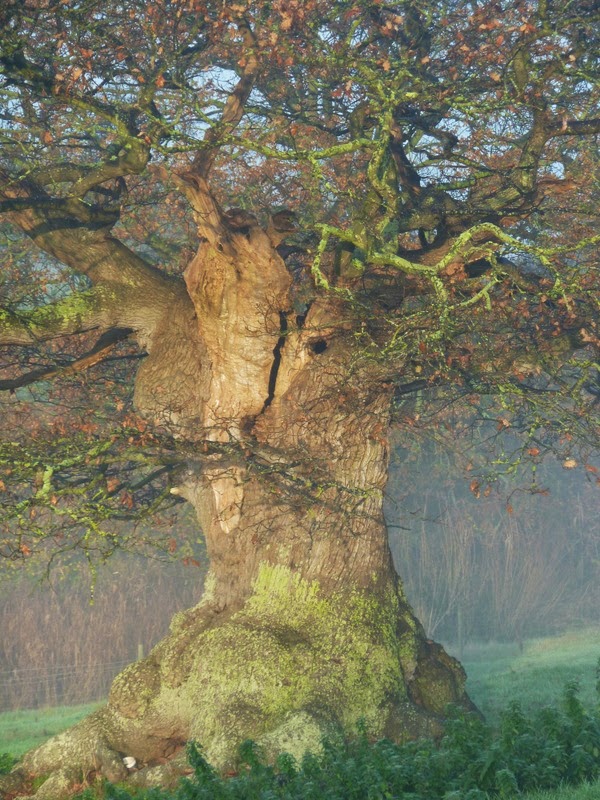 We had that mix of sunshine and mist that makes for the most enchanting effects, especially with the glow you get in a late winter afternoon. My camera isn't really up to coping with such subtle light as well as I'd like, but here's an attempt. 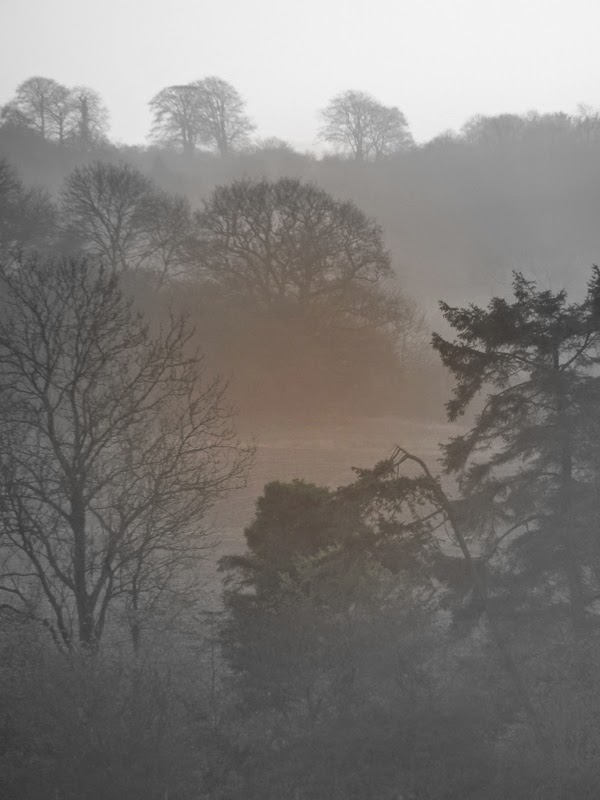 The company was great, the food was outstanding, the sessions we had were intriguing and energising. Two in particular stood out: one where we brought to the room any plot problems we were having with works-in-progress. The ideas and suggestions fizzed like spectacular fireworks. The other was a sort of meditative exercise; we had to imagine we were walking in a wood, and we went down some steps, and into a cave, and we met an animal, and were given various gifts... After it, not only did I feel incredibly relaxed - I also had a new idea about what will probably be my next project. This was the wood I visualised as my starting place. 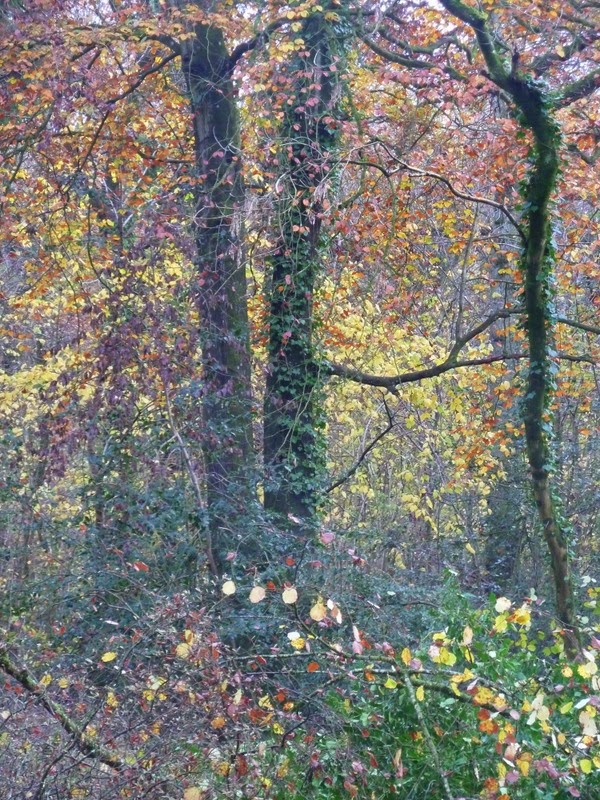 And then on the way home, I stopped by Chew Lake because I saw these. 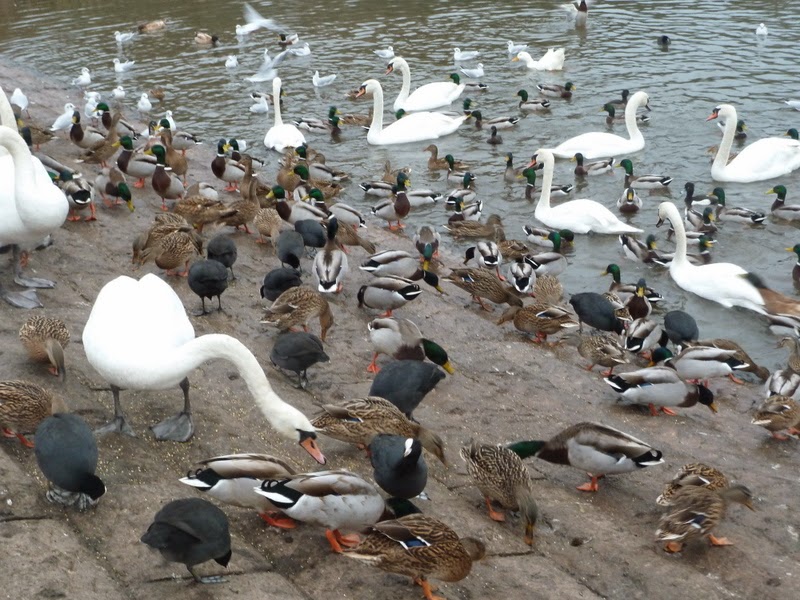