Just a word first about that term, junior novels. They're sometimes called 'middle-grade' novels, and they are - very approximately - intended for 9-12 year olds. (Many of them could be, and are, enjoyed equally by adults - don't dismiss books because they happen to be on the children's shelves in the bookshop! And 'Young Adult' books even more so...)

And an apology - I know many of the readers of this blog are in the US, and not all the books I write about are published there as yet. All I can say is, I'm sorry - and if you like the sound of a book, make a noise about it - you never know, someone might listen and publish it over there! (Fairy-tales do sometimes come true - don't they...?)

And now on with this week's books.


The Brockenspectre, by Linda Newbery.

I opened this blog with Linda's first adult book, A Quarter Past Two on a Wednesday Afternoon: she has previously written books for teenagers and another book for this age group, Lob, which is a great favourite of mine - it's a sort of re-imagining of what the mythical figure of the Green Man might be like if he lived in our time.


This book is a very satisfying little hardback with beautiful pictures by Pam Smy. It's set in Heidi country, in the Alps, some little time ago - there's little evidence of technology. (Such as mobile phones, those great plot-wreckers: how many good plot ideas are lost these days because all the heroine needs to do to get out of danger is make a quick call?) It's about Tomas Rust, and his father Niklas, a mountain guide. Niklas loves the mountains so much that he's often away - he almost misses his daughter's birthday - but Tomas idolises him and longs to be just as brave and fearless. But Tomas is afraid - particularly of the Brockenspectre, which, according to his father's stories, is a giant ghostly figure that lives in the mountains, waiting to trap unwary climbers.

There comes a day when his father doesn't return home, and eventually Tomas decides that he must conquer his fears and go into the mountains to search for him. But it turns out that there are things he must learn to cope with which are at the same time more ordinary, and far worse than the Brockenspectre...

The book has a terrific sense of place, and, like Lob, it has a slightly mythic quality to it - a hint of the central European fairy tale, with its forests, its quests, its children in danger. But it's also about relationships and families and learning to accept unwelcome truths. It's a powerful story, and Tomas is a main character who becomes the hero we want him to be.


The Shiver Stone, by Sharon Tregenza 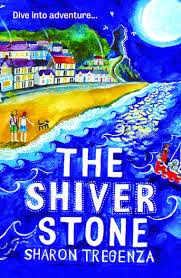 The Shiver Stone is a mystery/adventure story set in 'Carreg', on the Pembrokeshire coast. The book has a distinctive, brilliantly coloured cover by Lizzie Spikes which puts the sea right where it is in this atmospheric novel - in the foreground: while the eponymous Shiver Stone looms over the whole scene. Carys lives in the village with her father. Her mother is dead, and there is a new partner on the scene, Linette, whom Carys is not very happy about.

The train of events begins when Carys makes a video of a sculptor, Tristan, who has been secretly making structures from rocks and pebbles on the beach. The video is shown on television, and this leads to the re-emergence for Tristan of secrets he'd hoped would stay buried.

It also brings a new friend for Carys, Jago: and it puts both children, and Jago's mother, into considerable danger.

This is an adventure story which moves along at a cracking pace, enhanced by the beautifully realised setting.

(Sorry - the free offer has ended now - but it's still very cheap!)

Monday night at the moment is Broadchurch night at Purkiss Towers. (For those of you based outside the UK, Broadchurch is the story of a murder and its repercussions on the small seaside town where it is set. The first series was a huge success, and may well have been shown abroad already. The second one is on in the UK at the moment.)

One of the many pleasures of Broadchurch for me is spotting the settings: it was filmed on the gorgeous Dorset coast, in Clevedon, on the North Somerset coast, and at Exeter University, where I work one day a week.

But even more exciting than this has been a walk-on part for the Willow Man This is an extraordinary 45 ft high statue beside the M5, which is the main route down to the south west. David Tennant (previously known as Dr Who), the detective in Broadchurch, has to travel north several times in the series - and the shot used to show where he is has the Willow Man in the background. It's not surprising - the statue is iconic, much as the Angel of the North is at the other end of England. When it was first erected, in 2000, it was unmissable. Now, unfortunately, it's hemmed in by new houses on one side and a massive supermarket warehouse on the other - but it's still there, one foot raised, arms outstretched, ready to take a walk across the motorway and find a more natural home - perhaps on the Somerset Levels, where waterways and lanes are lined with willow trees. 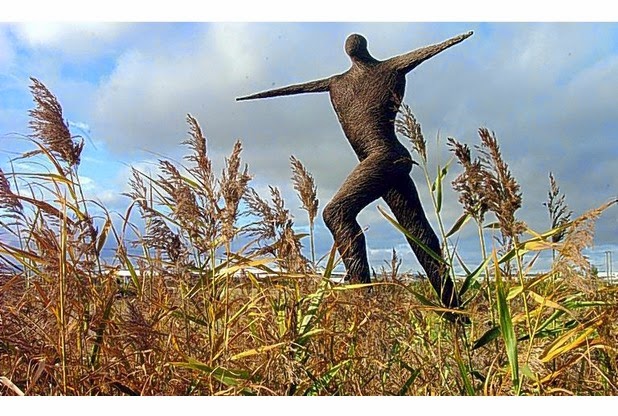 I was fascinated by it, and particularly by the contradiction inherent in its appearance. It looks so strong and powerful, it's straining to move forward - but it can't. So I used it in a story about three children who are also stuck, which, naturally, I called The Willow Man. I looked it up on Amazon just now and was delighted to find some reviews I hadn't seen before: here's one. 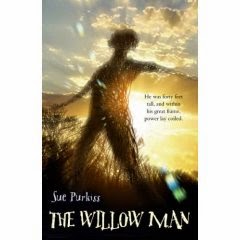 Tom feels left out when his younger sister Sophie is taken ill. He turns to his friend Ash for support - but Ash has troubles of his own, both at school and at home when his long lost father reappears. Meanwhile, Sophie must re-learn how to walk, talk, and use her right hand. All three children need to find strength and a way to move on, and as they begin to help each other the giant figure of the willow man beside the motorway becomes a source of empowerment for them.This is a gentle and moving story of family problems and friendships with some very subtle magic that feels like an extension of the children's own needs.

So - to celebrate the Willow Man's appearance on primetime national television, for one week, and one week only, my book is free to download - so please help yourselves! In the US it's available here; in the UK it's here. I hope you'll enjoy it, and I'd love to know what you think of it (especially - I've got to be honest - if you like it!)

NB New reviews coming soon - of Linda Newbery's The Brokenspectre, and Sharon Tregenza's The Shiver Stone.
Posted by Sue Purkiss at 11:12:00 No comments:

Email ThisBlogThis!Share to TwitterShare to FacebookShare to Pinterest
Labels: Broadchurch, The Willow Man

A couple of days ago my sister was telling me about her recent holiday in Laos. It was a cycling holiday. She and her husband generally have holidays like this, which are clearly designed to make the rest of us feel very lazy and blobby indeed.

Anyway, she said that Laos (which also featured in Sue Perkins' recent documentary series about the Mekong) was very beautiful. I had told her about the Colin Cotterill books about a coroner/detective who tracks down criminals with the help of a very motley crew, including a centuries old shaman. I reviewed them here. Like me, my sister thoroughly enjoyed the Dr Siri books - and she found it particularly special that she was able to read them in the place where they were set. She also found out that Cotterill uses profits from the books to fund a project which pays for teachers to be trained to work in Laos, and also for books to go to children there. So all the more reason to buy his books, apart from the fact that they're such a treat that I'm really looking forward to the pleasure of re-reading them.

Funnily enough, never having known the slightest thing about Laos before coming across the Dr Siri books, I recently read another book set  there. It's called Moon Bear, and it's by Gill Lewis, whose first book, Sky Hawk, was an instant hit. She writes for children, but she is also a trained vet, and her books so far have all featured animals and raised questions about human responsibility with regard to endangered species. 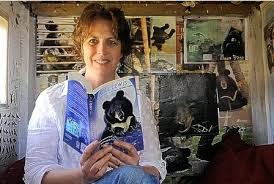 Moon Bear is really not an easy read, but it's a very good one. At the centre of it is a boy called Tam, whose village is in the way of a new dam. The dam may overall be a good thing for the people of Laos - but it's certainly not good for the villagers, who have to move from their homes to a new village. At the beginning of the story, Tam has captured a moon bear cub, which he knows he can sell for a good price. When they move, all does not go well for Tam and his family, and he is forced to go to the city to earn some money by working in a place where bears are kept in appalling conditions and 'milked' for their bile, which is much prized in traditional medicine. It's horrendous in every way - but it gets even worse for Tam when a new bear cub arrives. It turns out to be the one he caught, and he becomes very attached to it.

His relationship with the bear is in many ways simpler than his relationships with other human beings. He has to decide who among his friends deserves his loyalty and his trust: who needs him most, and how he can be a good person despite his circumstances and despite the turmoil he, his family and his country are going through.

It's a complex book and often a harrowing one. Read it - but maybe then go and hang out with Dr Siri and his pals for noodles, banter, and light relief - though particularly in the later books, politics and cruelty are also present. There is humour in the Chief Coroner's world, but there are also the chilly realities of poverty and realpolitik - and those same realities drive the ordeals that Tam undergoes in Moon Bear.
Posted by Sue Purkiss at 03:00:00 4 comments: