Have been rather busy lately, which is why I haven't been here much. But today I felt in need of a bit of soothing, so instead of looking at emails or the news, I started to look through my photos. And they very quickly began to do the job - with a little help from William Wordsworth and John Masefield. 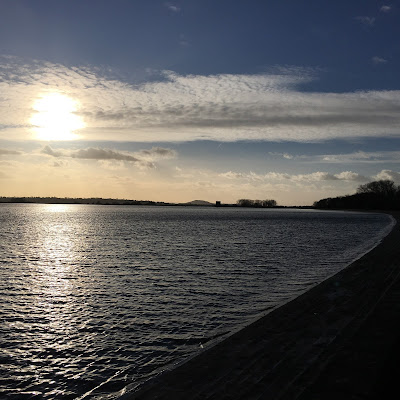 Here's the first. I took it one day last week, when I went for a walk round the reservoir. It was a beautiful afternoon: bright, cold and very windy. The picture is actually deceptive because it makes the water look calm - in fact, it was turbulent, full of restless energy: so much so that it seemed alive, prowling and predatory. It made me think of that bit from Wordsworth's Prelude - though, as I discovered when I looked it up, he was actually talking about a mountain, not a lake:

And a little further on:

But huge and mighty Forms that do not live
Like living men mov'd slowly through my mind
By day and were the trouble of my dreams.

And here's the next: a picture of the Bristol harbourside. 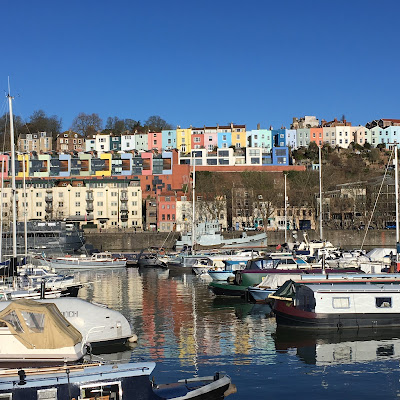 I was heading towards the ss Great Britain, which has something fresh to see every time I go. But this, below, is an old favourite, not a new one: on the door of each cubicle in the loos is an extract from a poem to do with the sea. This is one. It seemed the perfect accompaniment to Bristol, as well as to Brunel's beautiful ship. And I like the last line, which says that by travelling, we may 'know the thoughts of men in other lands'. It's what we need, but often signally fail to do: to know the thoughts of others. 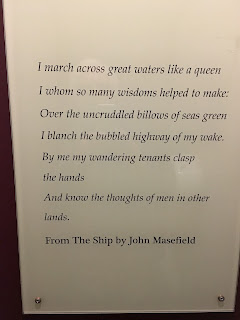 And finally a picture from the dear old hill, and one from the Avalon Marshes: and a final thought from Wordsworth's poem, Lines Written Above Tintern Abbey. 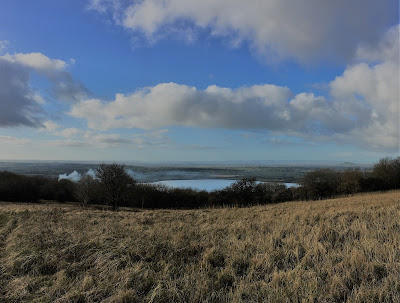 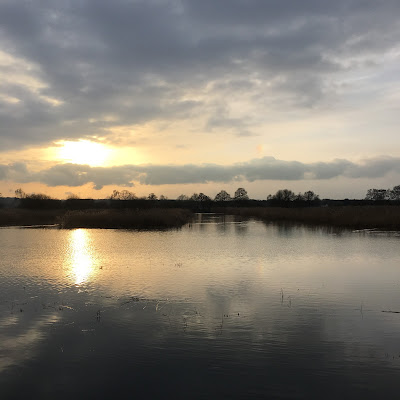