So that was the result...

... and this is pretty much how I feel about it. 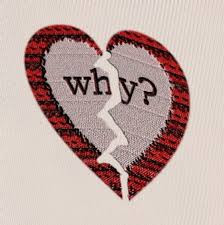 No more words at the moment - but Shakespeare's keep echoing through my mind:

Email ThisBlogThis!Share to TwitterShare to FacebookShare to Pinterest
Labels: Brexit

With love to Europe

I have been away quite a bit over the last few weeks, so I haven't posted for a while. And I've been rather preoccupied by the EU referendum; I very firmly believe we should remain in the European Union, and I'm extremely worried as to what will happen if we vote to leave. I have also, like all of us, been very saddened by the killing of the MP Jo Cox.

So I haven't really the heart to post much at the moment, and will just leave you with a few pictures of Vienna, where we were recently. Walking along its beautiful streets, smelling the lime blossom, visiting its wonderful museums and art galleries, I found it difficult to believe that we wouldn't want to be part of a Europe that has such marvels in it.

See you on the other side!

These Shallow Graves - by Jennifer Donnelly

This book has 484 pages; I started it on Friday afternoon and finished it on Saturday morning before breakfast. Yes, I woke up early - but that time-scale should suggest what an excellent read this book is!

It's set in New York in 1890, and it's about seventeen year-old Josephine Montfort. Jo has everything: she's intelligent, and beautiful, and she comes from a prestigious and very wealthy family. She has every chance of making an excellent marriage - but she wants more than that. She wants to be a writer - a journalist.

It seems highly unlikely that she will ever be able to achieve her ambition, and in truth, marriage to her pleasant, handsome cousin sometimes doesn't seem like that bad an idea to her. But then her father is found dead and everything changes; because Jo suspects that there's more to his death than his family are being told.

She enlists the aid of a young reporter called Eddie Gallagher - and quickly finds that she is very attracted to him. Together, they plunge into the New York underworld to seek out the truth. To do this requires great reserves of courage, determination and sneakiness - all of which Jo has in spades.

The novel is brilliantly plotted. It has one of those breathtaking endings where you suddenly see how all sorts of threads have  been expertly woven together, and you feel like cheering. The characters are completely convincing - from Jo and Eddie to Fay, a pickpocket who looks as delicate as a fairy but is as tough as old boots, and the Tailor, a Fagin-like character who runs an army of child thieves.

Like many historical novels with a female central character, the author wants the heroine to have a 21st century sensibility: a desire for equality and independence. This sometimes seems imposed and a little unconvincing, but in this book, this is not the case. The times are changing, and it seems entirely convincing that a character such as Jo would be at the forefront of that.

Published by Hot Key, the book is marketed as being for young adults, but I hope it finds a much wider audience: this somewhat-advanced-in-years adult certainly loved it!
Posted by Sue Purkiss at 18:49:00 1 comment: