A long and rather lovely autumn suddenly hit the buffers a few days ago, and roared off amid howling winds and relentless rain. In Cheddar, where I live, water poured off the Mendip Hills and roared and tumbled down the gorge, bringing with it rocks and mud and causing the road to be closed. The reservoir, which after a dry summer was emptier than I've ever seen it, is filling up rapidly, much to the relief of the water birds.

But a couple of weeks ago, I was staying with my son in his family in Brussels - and I don't think I've ever seen such glorious autumn colour. Near where they live, in the south east of the city, there is a beech forest. It's called the Forest of Soignes, and large as it is, it's just a remnant of a much larger forest which has existed since Roman times. We've walked there often - but what was different this time was that we'd acquired a map, which showed how the different sections join together. My ten year old grandson is, unlike me, a superlative map reader, and so we set off to explore.

The forest is divided by roads, and crossed by paths and drives. It's well-used, and yet very quickly, the sounds of traffic die away and the peace of the forest surrounds you. There are pools to reflect the autumn leaves, and in one particular area, fungi flourished. Here are some pictures. 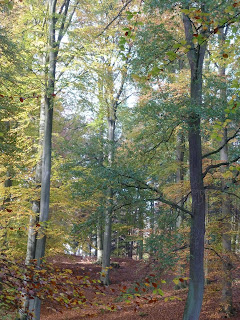 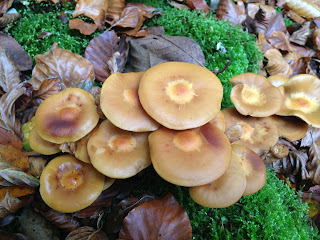 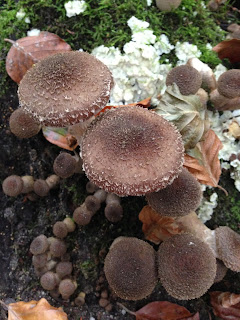 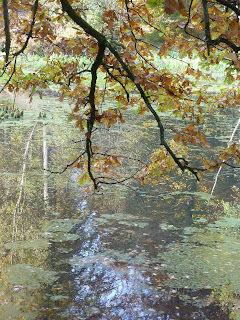 We also travelled south into the Ardennes, and the colours here, in a town called Bouillon, were even more beautiful. 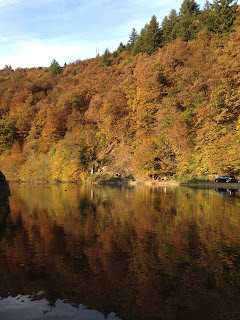 All through this autumn, as I scuffed through drifts of brilliantly coloured leaves, I kept hearing the words of a half-forgotten song. Finally, yesterday, I tracked it down. It's called Forever Autumn, and it's from Jeff Wayne's musical adaptation of HG Wells' The War of the Worlds. Martians have invaded the earth, and in the resulting turmoil, the narrator has become separated from Carrie, his sweetheart. The song is a lament for her, and for autumn, and for loss. Here are a few lines:

Through autumn's golden leaves, we used to kick our way
You always loved this time of year.
Those fallen leaves lie undisturbed now,
'Cause you're not here...

But of course it's a song, and you need to hear the words with the music. So here you go.

Very pleased to hear that East West Street, Philippe Sands' book about the history of genocide and crimes against humanity, has won the 2016 Baillie Gifford prize for non-fiction. Very generously, Sands has said he will give his £30,000 prize to a refugee charity.