Reading the detectives 3: The Dr Siri series, by Colin Cotterill

You stumble across good books in all sorts of ways, don’t you? Often, people whose judgement you trust recommend them to you. Sometimes you read about them in reviews, or on blogs like this one. Sometimes a cover catches your eye in a bookshop. 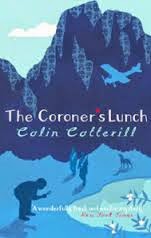 I’m actually mystified as to how I came to have a copy of one of Colin Cotterill’s series about the reluctant chief coroner of Laos, Dr Siri Paiboun. I found it in a pile of books in my son’s old room. I thought perhaps he’d left it behind after a visit home, but he denies all knowledge of it. It was published in 2007 – perhaps I bought it in a 3 for 2 promotion, and then decided I didn’t like the look of it after all.

I don’t know. Anyway – reader, I read it. And loved it. And then I read the one that preceded it – for some reason I had bought the second in the series – and most of the ones that followed it. (I’m trying to keep one or two in reserve, in case a time comes when no other book will do.)

The books are set in the late 1970s, when a communist government has just taken power in Laos. Dr Siri has been a freedom fighter and doctor in the jungle, and his close friend Civilai is one of the men in power. Siri is in his late 70s and looking forward to retirement – but: ‘There was nothing frail about Dr Siri… His short, solid body still scurried hither and thither like a curious river rat. Younger men were hard pressed to keep his pace… His mind, resplendent with his newly honed skills, had become even keener of late… For reasons he was still trying to fathom, he’d been delegated Laos’s honorary consul to the spirit world.’ (Oh yes - his body is host to a long-dead shaman called Yeh Ming, which doesn’t sit easily with Siri, as he’s by nature a cynic and a realist.)

So he’s an unusual character - as are the other regulars in the series. Take his nurse, Dtui, who assists him at the morgue. She longs to be a doctor herself. She’s plump, clever, and funny. Then there’s Mr Geung, the other member of the morgue team. He has Downs syndrome, but he has been trained by Siri’s predecessor, knows the procedures better than either Siri or Dtui, and is an essential member of the team. Civilai shares Siri’s wit and cynicism. This core group is joined later by a policeman called Phosy and by another ex-revolutionary, who becomes Siri’s second wife. 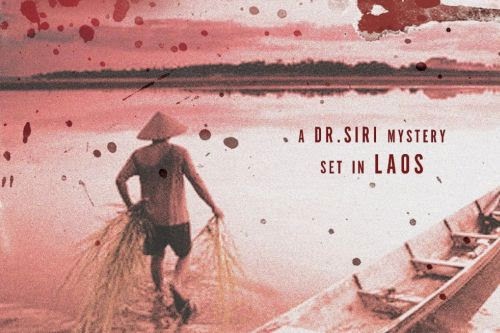 This bunch of wise-cracking misfits prove to be incredibly good at deciphering mysteries and righting wrongs, and they are the central, dazzling attraction of the series. The dialogue crackles, and the books are very, very funny. On the cover of the first one I read, they are compared to Alexander McCall Smith’s Ma Ramotswe books, but they’re much edgier and, particularly as the series progresses, also much deeper. As with many series, the context is at first quite shadowy, but it becomes more sharply focused as the series goes on; in one book, for instance, Siri finds himself a prisoner in Cambodia under the Pol Pot regime – and there’s nothing funny or whimsical about the way that experience is described. Gradually, we find out more about the recent history of Laos – Siri meets the deposed king in a surreal encounter in an orchard; although they have been on opposing sides in the struggle for the country’s future, they spend a happy night getting drunk together. Later, Siri finds himself involved in the plight of the Hmongs, a tribal people who have few rights and whose ancient way of life is being trampled in the name of progress.


These books are absolutely delightful. They have so many of the prerequisites of a good book – they transport you to another place that you knew little about; they’re funny; they have moments of high drama; the dialogue is sharp and witty; the characters earn your affection, and the narrative is cleverly handled. If you haven’t come across them yet, you’re in for a treat.
Posted by Sue Purkiss at 08:23:00