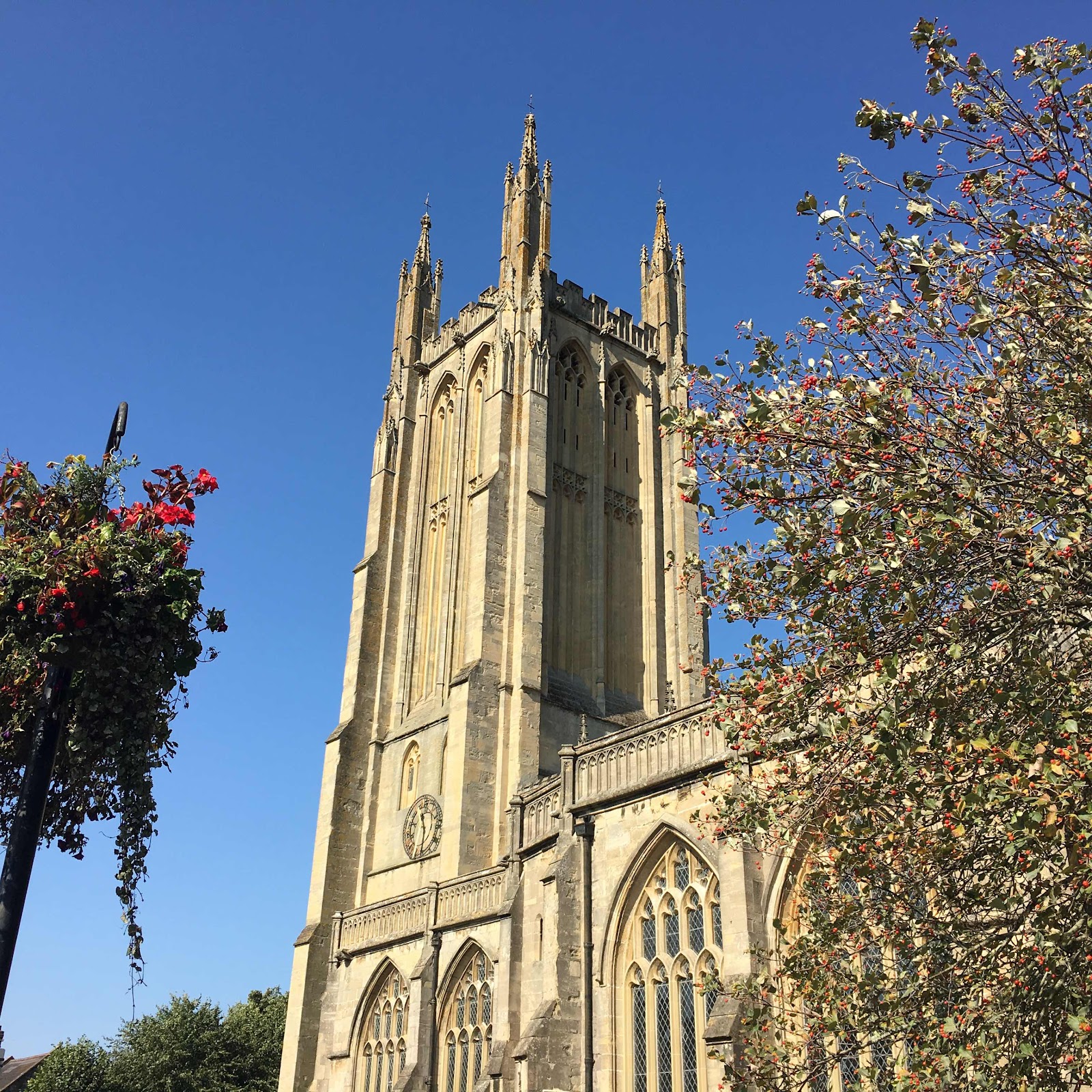 A few years ago when I was feeling rather sad, I happened to go into St Cuthbert’s in Wells to get some Christmas cards. It was November and the weather matched my mood.

I am not a religious person, but being in the church lightened and lifted my mood. It was very marked. I came out feeling - well, it sounds fanciful, but blessed.

Today I went in again, to see if it would have the same effect. It wasn’t quite as noticeable, but there was something: I felt soothed. It’s not a feeling I’ve had in any other church, though I have had a similar sense on the hill and by the sea.

Anyway, make of that what you will - while I was there I noticed a couple of things. One was the ceiling, which is extraordinary: I can’t imagine how I failed to see it before. They call it an ‘angel roof’ - for obvious reasons - and it dates from the 15th century. 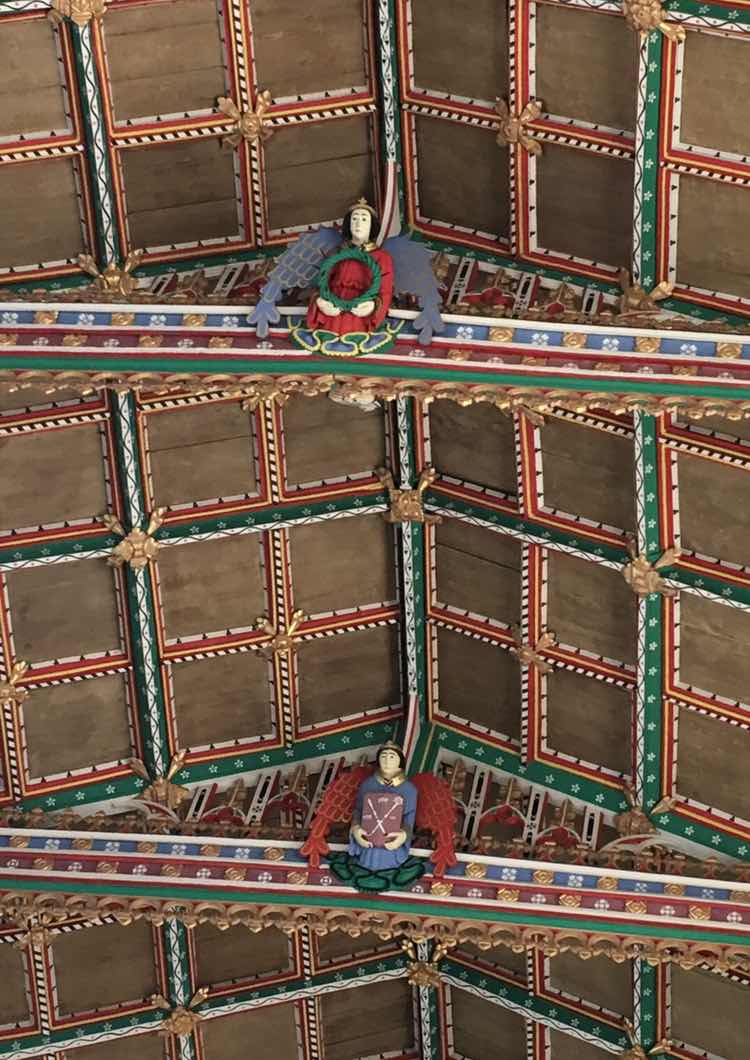 The other thing relates to Saint Cuthbert. Apparently no-one really knows what the link is between him and this church - he’s very much a product of the northeast. He is associated with Lindisfarne - a place I’m very fond of - and he’s buried at Durham, where I was at university. During the war, he’s said to have saved the cathedral from destruction during a raid by German bombers, by summoning a mist to cloak the tower and hide it from view. I’ve written a short story about this.

The only apparent link with Somerset is that he’s said to have appeared in a dream to King Alfred and encouraged him to keep on fighting the pesky Vikings when, to be honest, any sensible person would have given up. And I’ve written a book about Alfred, called Warrior King.

I don’t suppose any of this means anything at all. But I like the sense of there being links. And I like the feeling that maybe - just maybe - I have Saint Cuthbert in my corner.
Posted by Sue Purkiss at 19:02:00

The sea near Ty Newydd, North Wales.Recently went on a wonderful writing course there.