A couple of weeks ago, I was facing a choice between what sounded like a compelling - but very dark - new detective series on the TV, and a compelling - but very dark - detective novel on my Kindle. Hm, I thought. Not really feeling very noir just at the moment. What to do...? And then my eye fell on the book which Voctoria Eveleigh, whom I met last year on an authors' get-together, had sent me.  On the cover is a picture of a girl (the eponymous Katy), three Exmoor ponies, and the rolling hills of Exmoor. Just the job! 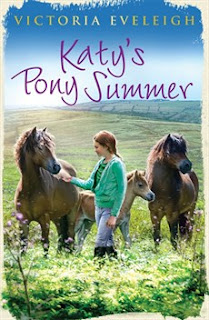 I thought I would just start it, but in fact I finished it that same evening. It's the most recent in a series - I've also read the previous one - about a girl who loves and looks after horses, particularly Exmoor ponies, and her friends and family. It reminds me of the pony books I used to read as a child, by writers such as Christine Pullein Thompson and Ruby Ferguson but these are up-to-date teenagers, with phones and everything.

It sounds such a lovely life, riding across the moors and having adventures. In this one, Katy agrees to look after a pony who has such a bad injury from a piece of wire that's ensnared its leg that both the vet and Katie's father think it will probably have to be shot. It's hard work - much harder than she anticipates when she agrees to do it, but it's worth it in the end.

There's also another story line about poachers who are after the antlers from red deer - there's a very exciting sequence at the end where Katie and her friend manage to trap them, using their knowledge of the moor to help them.

But I think the main reason I enjoy these books so much now is that Exmoor, where Victoria lives, is almost another character in the book. I'm very fond of it too - we live not far away and we've often visited it over the years. We were there a few weeks ago, and it reminded me what a beautiful and varied landscape it is - if you haven't been there for a holiday, and you can possibly manage it, you really should go. It's not as well known as the other National Parks, but it's so lovely. Reading the book took me back there for a few hours. Here are a few pictures to give you the flavour of it, for those of you who aren't familiar with it - what's particularly special is that the sea is so close, too. 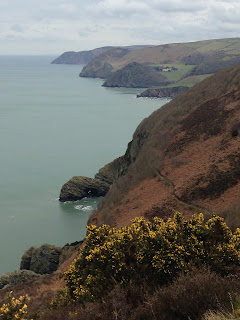 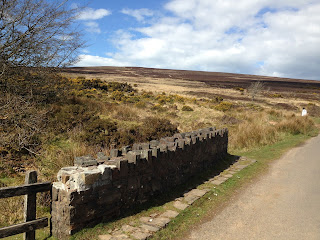 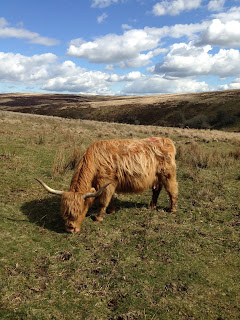 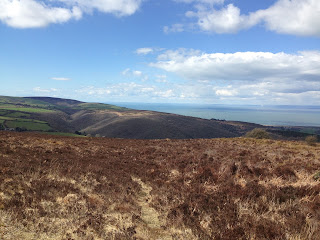 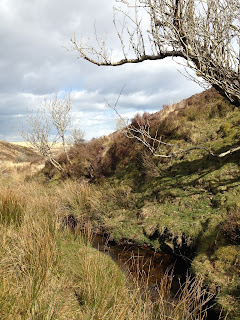